In the growing field of home automation, it’s hard to keep up with which products are truly beneficial and which are little more than LED-laden home accessories. Your main priority should be saving money (after security, of course) which is where the bulk of smart home devices claim to help the most. However, it’s important to consider all costs related to the device. What’s the retail price? How often do they need to be replaced? How much of the initial cost will be offset by utility bills?

We’ve arrived at these five products by evaluating their initial retail cost, money-saving potential, as well as performance and ease of use as reported by independent reviewers. Here’s a list of the five best smart devices to help you lower your footprint and your utility costs at home. 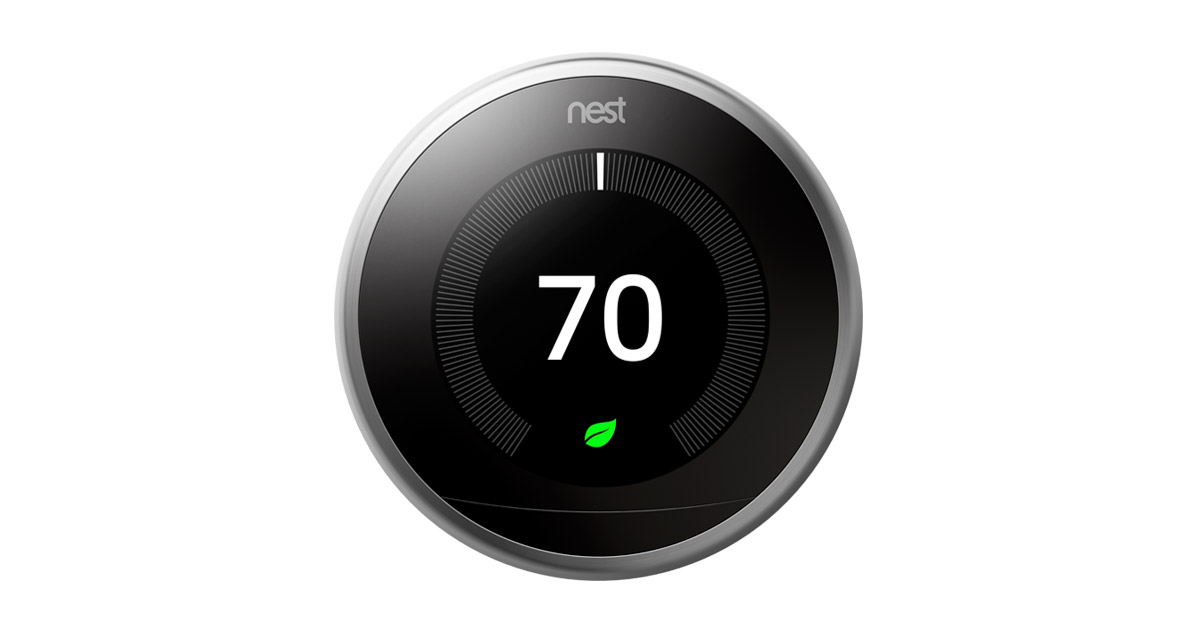 This smart thermostat will dramatically impact the amount of money you save on utility bills. Like many of its smart home counterparts, you’re able to able to control your thermostat from the app while you’re away. But unlike many of its competitors, it has the advantage of smart machine learning and predictive technology; it actually learns your schedule and uses this data when you’re away. Working a 9-5, Monday through Friday? Nest will keep your home comfortably temperate when you’re home and cut back on heating or AC when it knows you’re out of the house. And although it’s priced at slightly over $200, it quickly pays for itself. 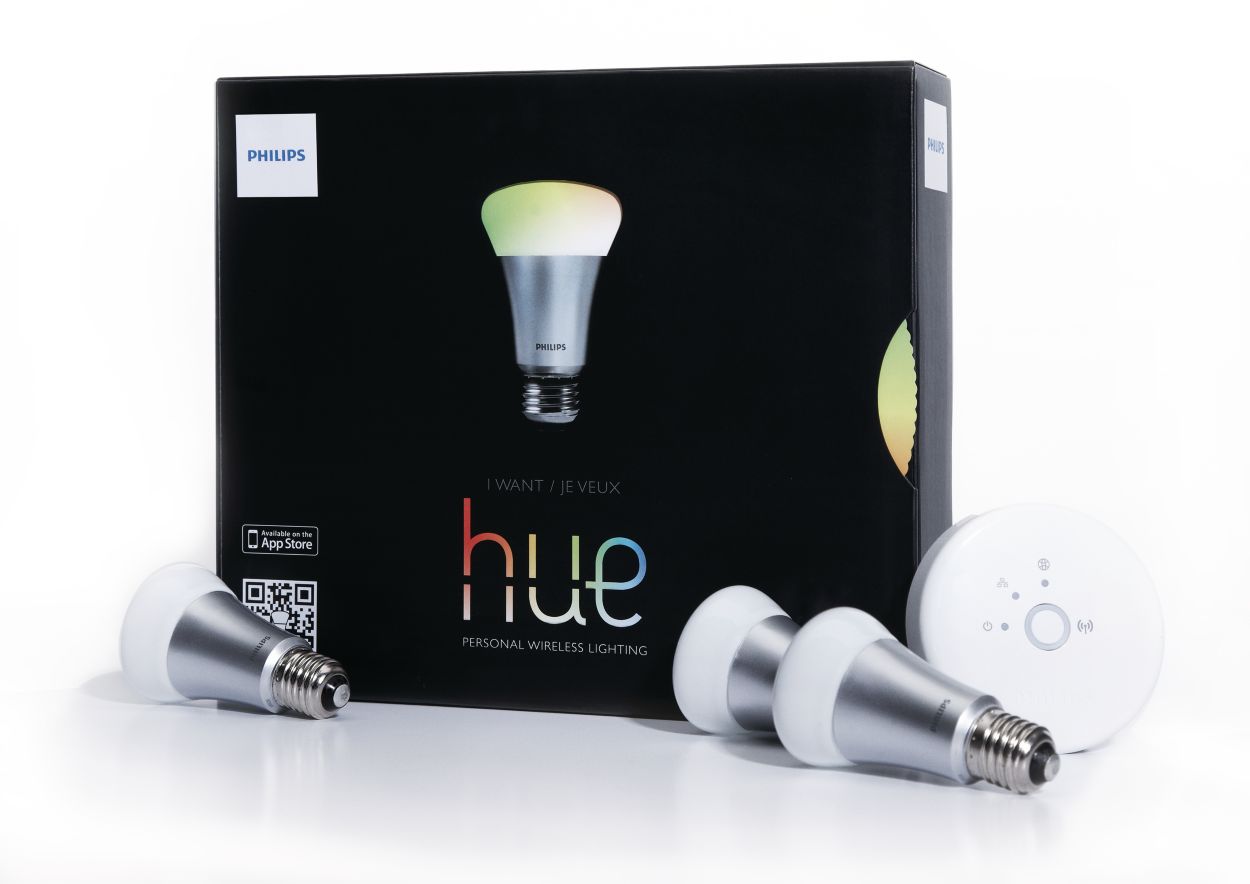 LED bulbs are 75 more energy-efficient, last thousands of hours longer, and they also won’t heat up a room like incandescent bulbs will— saving you money on air conditioning costs. Philips Hue bulbs are a particularly good pick because they work with the widest variety of smart hubs, Alexa/Google Assistant/Apple HomeKit, and even have dimming controls so there’s no need for smart dimmer switches. One Hue bulb starts at $50 — a hefty price despite the benefits — but we think the entry-level kits which retail around $90 have the best bang for the buck, and include 3 smart bulbs and a bridge that acts as a control center for up to 50 bulbs. No smart home protection system would be complete without monitoring your plumbing system as well. The Flo by Moen Smart Water Shutoff can potentially save you a fortune by automatically shutting off water in the event of a catastrophic leak. But even if your home isn’t in danger of serious water damage, there’s also thousands of dollars to be saved yearly by monitoring your pipes and being aware of your water consumption in general. With the Flo by Moen App, you can track your water usage, set conservation goals, and even see which fixtures impact your usage the most. Combined with smart water detectors that can be placed anywhere in your home for on-the-spot leaks, such as under the sink, Flo by Moen offers a comprehensive home protection system for your home, at a value that is cheaper than other competitors in the space such as Buoy or Phyn. Similar to the way the Flo by Moen Smart Water Shutoff monitors your plumbing to lower your water utility bills, an energy monitor like Curb will help you track and reduce your energy costs each cycle. As opposed to other home energy monitors like Sense of Smappee which take time to learn the habits of individual appliances, Curb attaches directly to the circuit breaker and monitors your electrical current in real-time, giving you a more accurate breakdown on where your energy usage is going. It’s about $100 more than its competitors at $399, but it’s reportedly more accurate and gives more detailed insights into your energy use and even provides estimated of your electricity bill. 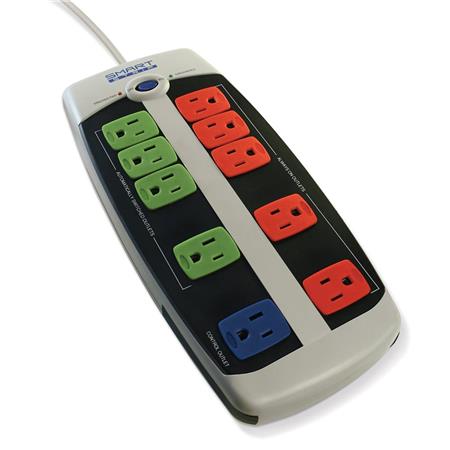 An energy monitor like Curb is a great way to track of your energy usage, but then there’s the question of how to implement ways to cut costs. This is where a smart power strip comes in. Whereas smart plugs like the Belkin Wemo Mini can be controlled remotely, the Wemo system doesn’t integrate well with other devices in the same system (let alone independent smart hubs like Samsung’s SmartThings), costs over $30 per plug, and it won’t regulate itself. Conversely, Smart Strip offer multiple outlets for roughly the same cost and automatically cuts off power to devices that are not in use, so they’re not passively draining energy. While there are many fancy smart power strips on the market that allow you to control individual outlets on the strip remotely, we prefer the pared-down Smart Strip brand which uses a minuscule amount of energy, cuts off power to dormant devices on its own, and costs around $30 each.

Note: We didn’t go into the best smart hub system because we wanted to call out the devices and services that are directly linked to utility costs, and not the system used to manage those devices.

Here are a few ways to hack your home to make sure it’s safe, protected, and vacation-ready.
Read More
Posted on 10/20/2020 by Gabriel Halimi

How to Prevent Mold and Mildew

Make sure to put these practices into place to prevent mildew and mold growth to keep your home and your loved ones safe.
Read More
Posted on 10/20/2020 by Gabriel Halimi

Here are six foolproof tips touted by experienced Airbnb hosts to maximize your profits and keep your Airbnb in the black.
Read More
Posted on 10/20/2020 by Gabriel Halimi

Here are a few tips to make sure your vacation home is secured even after you leave.
Read More
Posted on 10/20/2020 by Gabriel Halimi

9 Ways to Maintain Healthy Plumbing in Your Home

According to industry research, over a third of U.S. homeowners have suffered some form of water damage.
Read More
Posted on 10/20/2020 by Gabriel Halimi

How to Unclog Your Bathtub Once and For All

Your Toilet Could Be Leaking Right Now

We use our toilets every day, yet to most of us, they remain a mystery.
Read More
Posted on 10/20/2020 by Gabriel Halimi

How to Fix and Diagnose High Water Pressure at Home

We’ll talk about the common signs of having high water pressure and what you can do about it.
Read More
Posted on 10/20/2020 by Gabriel Halimi

How to Find Leaks in Your Home

Here are a few ways to protect your home by finding and stopping small leaks before they turn into serious water damage.
Read More
Posted on 10/19/2020 by Gabriel Halimi

In this article, we’ll go over how pressure regulators work and why it’s so important to have one that works properly.
Read More
Posted on 10/16/2020 by Gabriel Halimi

Will a smart home pay for itself in the long run? Will it simplify your life or complicate it? Read on to see how you may benefit.

How to Find and Repair Water Leaks – A Comprehensive Guide

Here you’re going to learn about some common water leaks around your home, how to find them and what you can do about them.
Read More
Posted on 10/16/2020 by Gabriel Halimi

In this article, we’ll explain how sump pumps work and give you some basic maintenance tips to keep your pump running for years to come. We’ll also go over some common issues you might have and show you how to replace an old pump.

Protect Yourself From Water Utility Overbilling

Many homeowners have had the unfortunate experience of receiving an unexpectedly high water bill, despite no actual increase in water usage. Here’s how to investigate the problem on your own.

5 Ways To Extend The Life of Your Water Heater

For every single one of these methods, bring a pair of gloves. Unclogging toilets is a messy business.
Read More
Posted on 10/16/2020 by Gabriel Halimi

How to Maintain Your Old Pipes

If you’re looking to avoid tearing up the walls and floors and re-plumbing the whole house, here are a few steps you can take to extend the lifespan of those decades-old pipes.

How to Get Insurance to Pay for Water Damage

In this guide, we’ll go over the types of water damage covered by most insurance, important things to consider in your policy, and an outline of the claims process.
Read More
Posted on 10/14/2020 by Gabriel Halimi

In this article, we’ll explain how roots make their way into your pipes and give you the rundown on how to get rid of them without doing harm to the tree itself.

Here are 10 easy DIY methods to unclog a drain in your home.

If you’re experiencing a pipe burst, call a real plumber. In the meantime, here are a few steps you can take to reduce damage and prevent future leaks.
Read More
Posted on 10/14/2020 by Gabriel Halimi

In this guide, you’ll learn how pressure reducing valves work and why they’re such an important part of your plumbing system.

There’s plenty you can do to protect your property from natural disasters.
Read More
Posted on 02/17/2020 by Gabriel Halimi

Here’s a list of the essential tools for any DIY plumber.
Read More
Posted on 02/14/2020 by Gabriel Halimi